This state hospital initially started out as a farm colony to take on patients from nearby institutions serving the city. Once the state took over the property, it was renamed and drastically grew in size. The campus spanned over 1000 acres and consisted of over 100 buildings. At the time, it was the largest asylum by land area alone. Two of the buildings constructed were unlike any other at any similar institution. One building was a series of ward groupings connected to each other by corridors. The building itself spanned across one mile in length. The other building featured a curved architecture, almost that of a half circle. Small ward structures spanned out from the half circle curved corridor, all connecting to a central hub unit.

The powerplant of this hospital was one of the largest ever built for hospital complex. A large medical building was built to serve the growing population of the hospital. The hospital even had its own train station designed for visitors of the hospital. In the 1950's, the hospital would reach its peak of 10,000 patients. That drastically declined in the 1970's during the phase of deinstitutionalization. The hospital finally closed for good in 1996.

The property quickly began to be redeveloped as it was a massive parcel of land. The one-mile long building was demolished for a strip mall. The powerplant was demolished for a condo complex. Many other buildings across the campus were demolished as well. Remaining buildings were purchased and converted into a small college campus.
Read More
RETURN TO LOCATIONS
Powered by SmugMug Owner Log In 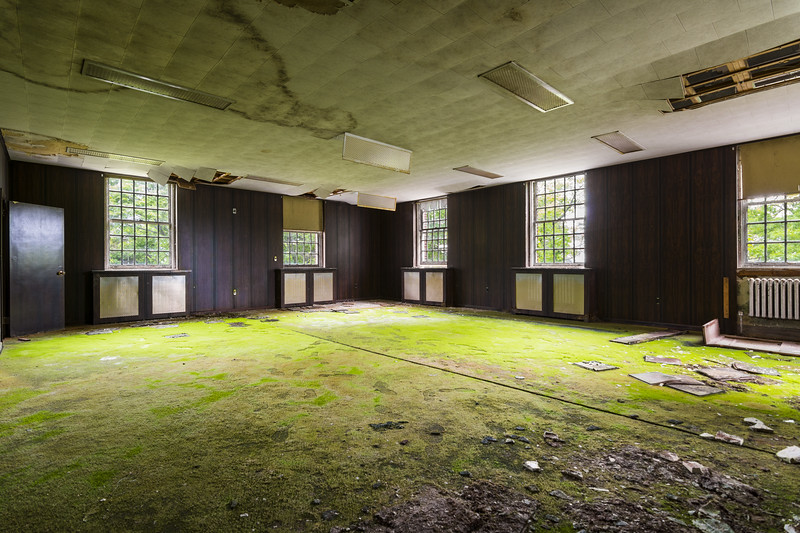